A journey towards the post-fossil good life begins. 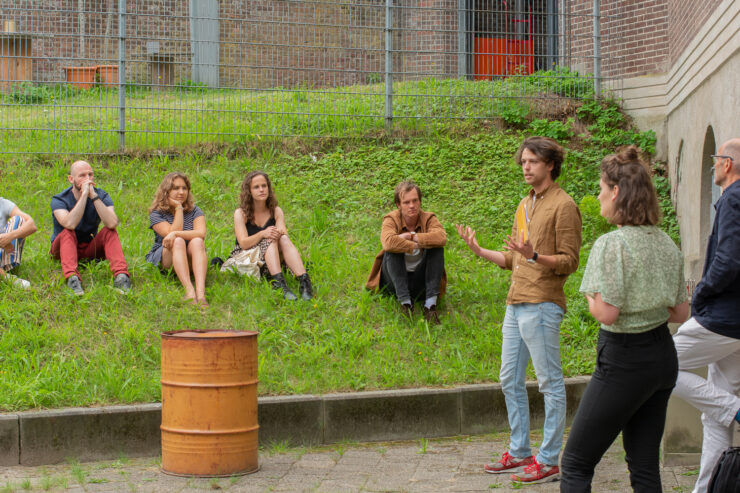 In 2022 the global transition to a post-fossil world suddenly came to the top of the political agenda. For a long time, ‘low-carbon transitions’ were mainly a topic for a selected group of experts. In a matter of months, this shifted. The Russia-Ukraine conflict, energy prices going through the roof, and conflicts over grid access, make phasing out fossil fuels suddenly a concern for many, from decision makers to households. Yet, despite this collectively felt need, it proves very difficult to get rid of our fossil fuel obesity in practice. Fossil fuels are deeply engrained in the fabrics of societies today, from (geo)political relationships to everyday activities. Withdrawing from fossil fuels requires a radical change in ways of living, including the underlying conceptions of the Good Life. But how? As experts anticipate that energy prices will rise even further and warn that the security of supply is under threat, this question seems more urgent than ever.

In 2022 something else happened. Perhaps of a lesser magnitude but relevant for this question: we initiated the Academy of Hope – a new research project hosted by the Urban Futures Studio and the Geography and Education group (both at Utrecht University). With this research project, we intend to use our position as university teachers and researchers to bring together students, policymakers, researchers, activists, and various other societal actors. Together we want to engage in collaborative explorations around the following question: could we imagine a good life that is not, or in a much more limited way, dependent on fossil fuels?

On the afternoon of the 6th of July 2022, we gathered with about 40 people – primarily students, policymakers, researchers, and teachers – at the beautiful former prison De Lik in Utrecht. This blog highlights some of the central perspectives and questions explored throughout this event.

In our collective journey, we hope to engage with existing research on alternatives to fossil ways of living. During the event, we invited three researchers that study lifestyle in climate models, historical developments in well-being, and ‘spaces’ for unmaking capitalism and developing post-growth alternatives.

Perhaps the most apparent relevance of our collective inquiry was underlined by research by Nicole van den Berg. She is a climate mitigation modeller with the IMAGE team, a group of modellers that plays a vital role in developing the IPCC scenarios on how to reach the 1.5-degree or 2-degree target. Nicole explained that the scenario’s that account for significant changes in what she calls ‘lifestyles’ are the only ones that provide credible pathways for reaching the 1.5-degree or 2-degree target. Other scenarios are based on technologies that do not exist yet. 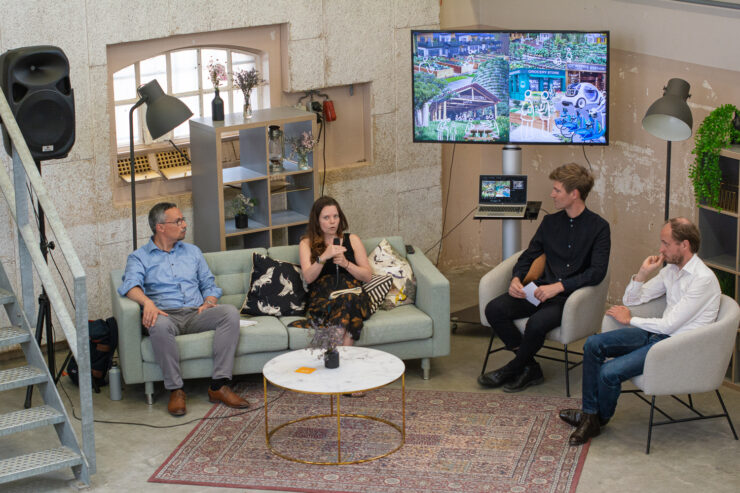 Nicole explained that most IPCC scenarios rely on growth in renewable energy as well as on so-called ‘negative emissions’. This notion refers to novel technologies that should be able to take carbon dioxide out of the air in the future to compensate for the overshoot in emissions. An alternative for these negative emissions is a radical reduction on the demand side, a lifestyle with much less CO2-eq. The IMAGE team did the math in two influential papers (here and here). It concluded, for instance, that lifestyle changes could lead to only two electric appliances per household, much less private car use, and a significant reduction in dairy consumption. While such lifestyle scenarios might sound radical, one could also call them realistic. The main alternative relies on large-scale negative emission technologies that still have to be invented. Nicole concluded the reflection on her modelling practice with a personal statement: “I think sufficiency is a fruitful concept. How much consumption do we actually need to be happy?”

The IPCC models are sometimes criticized for maintaining core notions like economic growth, which could exclude ‘degrowth’ scenarios. In this discussion, it is often implied that there is a presumed relationship between economic growth and well-being. The social and economic historian Auke Rijpma explained that there are good reasons to put this relationship into question, especially for the global North. Together with other researchers, Auke studied the relationship between economic growth and well-being from 1820 until today. Surprisingly, until 1950 there was a stable, parallel growth in the economy and well-being. Since then, they have diverged. While economic growth accelerated spectacularly, the increase in well-being remained stable. The research suggests a weak link between economic growth post-1950 and general well-being. This insight is mind-blowing. The prevailing political ideologies of the past decades have more or less accepted the need for growth as a fact. The insights into the evolution of well-being have led to the development of alternative measures for the GDP. Auke was involved in developing the broad prosperity indicator, which is now widely used by Dutch governments. 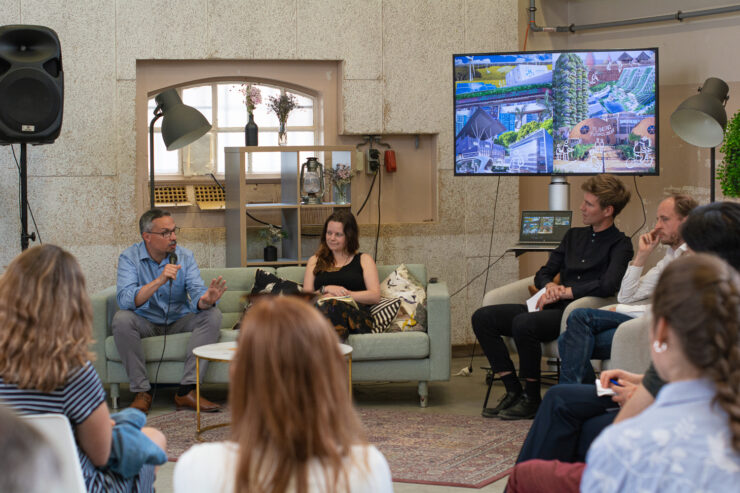 The statement ‘more economic growth does not necessarily lead to a good life’ almost sounds like a platitude to degrowth scholar Giuseppe Feola, who explained his interest in visions and practices that are not based on the logic of capitalism. As a concrete example, Giuseppe referred to a Portuguese farmer who deliberately gave up power in favor of a more egalitarian decision structure. Such examples from the realm of agriculture, but for instance also ‘repair cafes’ not only call for a sustainable future, they put it into practice in ways incompatible with capitalism. They question notions of development, like getting paid for work, and deliberately unlearn and reinvent language, aspirations, and power dynamics.

Giuseppe touched on a crucial point: the post-fossil good life is not just about individual well-being within the limits of our planet (’a sustainable lifestyle’) but also about community, about doing the right things for others – humans, animals, and plants. It is, in more academic words: about social and ecological transformation. Consequently, the search for the post-fossil good life at times feels overwhelmingly large, somewhat vague, and – indeed – uncomfortable. But perhaps that is just the point. As Giuseppe noted: ‘life’ is a holistic word, hence preventing us from stopping at easy, partial solutions, and the term ‘good’ points to the inherently ethical and critical questions involved in imaging and shaping futures. 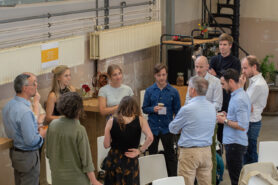 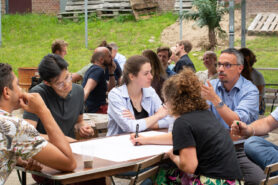 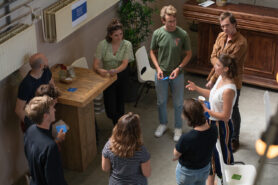 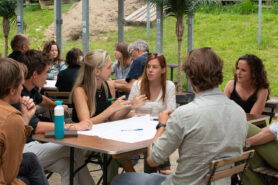 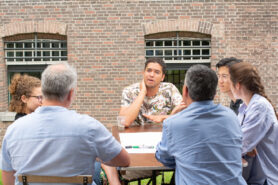 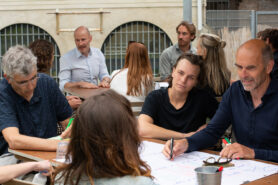 Fed by these different perspectives, we started exploring together. What, we inquired, might the road to post-fossil good lives look like? To facilitate this exploration, we introduced the following three metaphors of change:

Engaging with these metaphors led to some generative reflections and agendas helpful for learning toward post-fossil good lives. 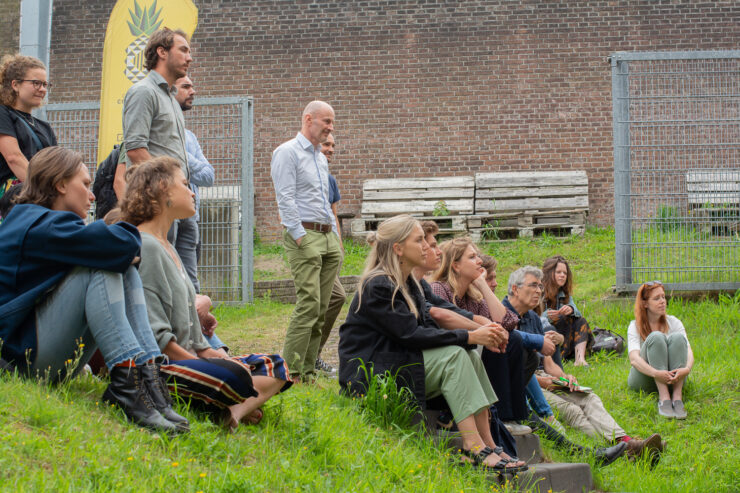 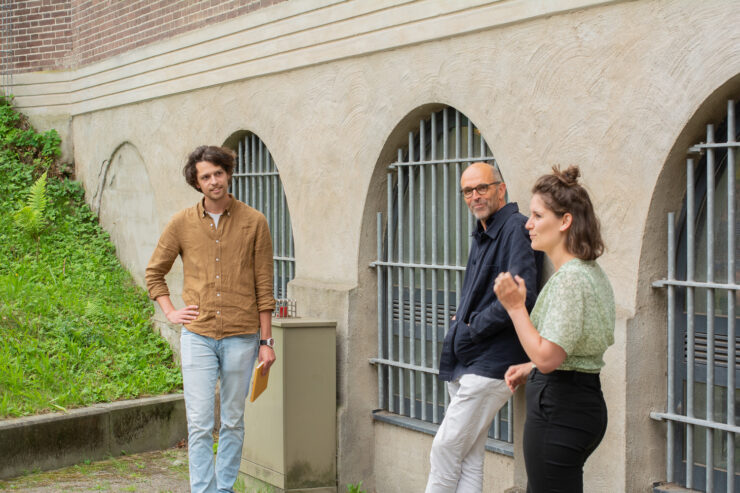 Regenerative farms, eco-villages, activist/artist communities. There are plenty among us – in contemporary society – with the courage and ingenuity to experiment with new ways of living, envision post-fossil futures, and/or raise a critical voice. What does this landscape of post-fossil frontiers look like? Who is part of it, and how? Where can we recognise practices and communities that managed to break free of, or perhaps even remain immune to, the fossil/capitalist entrapment? How are they organised, and what values guide them?

Which waves to catch?

For change to happen, we need frontrunners, but for change to become mainstream and get institutionalised, we need ‘waves’. What makes a good wave for the emergence of post-fossil good lives, and how can we strategically enlarge such waves? Was the corona crisis a wave for reconnecting to the question of the good life? Have we missed the wave, or have we taken an essential first step? Might contemporary geopolitical conflict function to create a narrative of ‘we need to become independent of fossil fuels now!’ Might this perhaps open up doors to European unity in policy and ambition? Might a growing movement of green farmers and the nitrogen crisis help create a ‘food wave’?

The good life is plural, but how plural?

Perhaps the sentence most uttered this afternoon was: ‘there is no one good life’. This, of course, is true. Yet if the good life is plural, one crucial question is: how plural is it exactly? What is the playground within which we can ask the question of the good life and allow our answers to differ? This is a deeply ethical and political question that needs to be put high on the agenda in our contemporary society. Yet it is also a profoundly personal question we are confronted with in our daily lives. Living in this time of planetary crisis, we are all challenged to look at our own lives and meet others whose points of view are fundamentally different. This process is a messy and difficult one, a struggle in the swamp. Can we facilitate this struggle in constructive ways?

Taking leapfrogs without leaving anyone behind.

On the one hand, a growing part of society – including our community of inquiry on the 6th of July – feels the urgency to act on climate change as fast and impactful as possible. Yet, on the other hand, we wish to do so carefully and not leave anyone behind. How can we go about this balancing act? It’s likely that if we transition to post-fossil futures through eco-dictatorship, this won’t go hand in hand with the experience of a good life for many. Yet if we only move when there is complete consensus, there might not be enough future left to reach the post-fossil good life in the first place. These are very delicate issues. Indeed, we’ll need all the imagination, visionary leadership, and pedagogy of hope we can find.

That is where we leave it for now. As the Academy of Hope team, we thoroughly enjoyed this first public event on the post-fossil good life. The journey has just begun!